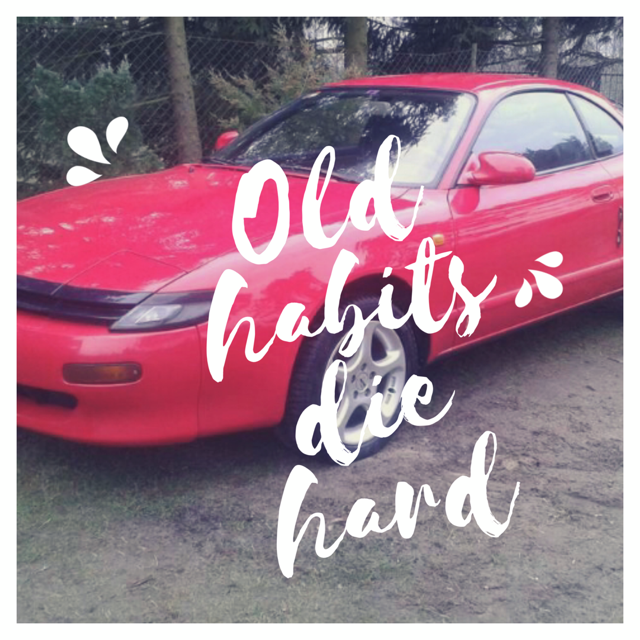 As I heaved the heavy school door open and headed out into the crisp Friday afternoon sunshine, my eyes, still bleary from an action-packed Halloween week at school and home, scanned the sparsely-filled parking lot for my car. My breath caught as a distant panic in my gut threatened to rise into my chest and ripple out onto my skin in goosebumps.

For a brief moment, I was transported back to my early twenties, where I had spent nearly every weekend and countless evenings in fluorescent, heavily curated, and windex-ed storefronts, selling t-shirts and promises to shoppers in the local mall.

One particular day, having driven my cherry red Celica to work, I parked the car on a slight decline, within close proximity to the front entrance of the mall.

I had a love-hate relationship with this vehicle, by the way. Straight out of the early 90’s, this manual shift was compact and zippy. It was the perfect summertime commuter. The problem was, where we live, it rains most of the year. The sunroof, which worked approximately 25% of the time, had a nasty habit of collecting water within it’s frame and would unleash the load on me every time I took a left-hand turn. I remember heading to a bridal shower, wearing a beautiful dress one weekend, only to arrive at the host’s house completely soaked, with mascara running down my face.

It was a cute looking car, though.

So, at the end of my shift at the mall, I emerged eager to head home for dinner. To my dismay, the car was nowhere to be found. After a few frantic minutes of searching, I received a call from my then-boyfriend-now-husband informing me that the car had been towed.

“What?” I demanded incredulously. “Why would they do such a thing?”

It turns out, in my haste to start my work shift, I had neglected to put my car in park. Unbeknownst to me, the vehicle had reversed slowly into the middle of the parking lot, causing a major headache for those wishing to enter the mall. Classic!

Flash forward to today. As it turns out, relief flooded my chest as I spotted my car tucked behind a lumbering, obtrusive van.

The truth is, I still harbour a little post-“traumatic”-stress from that situation. Although its more than 15 years later, part of me still worries that I might have forgotten to put my car in park.

I often think about the way we cling to past mistakes, reliving them, fearful that we’ll make the same ones again. Our brains are often so quick to jump to the worst-case, to scan for crisis. Optimism is the ability to overcome the conditioned pessimistic response and to talk yourself into believing that what has been will not always be, what has happened, will not necessarily be repeated.

View all posts by MM